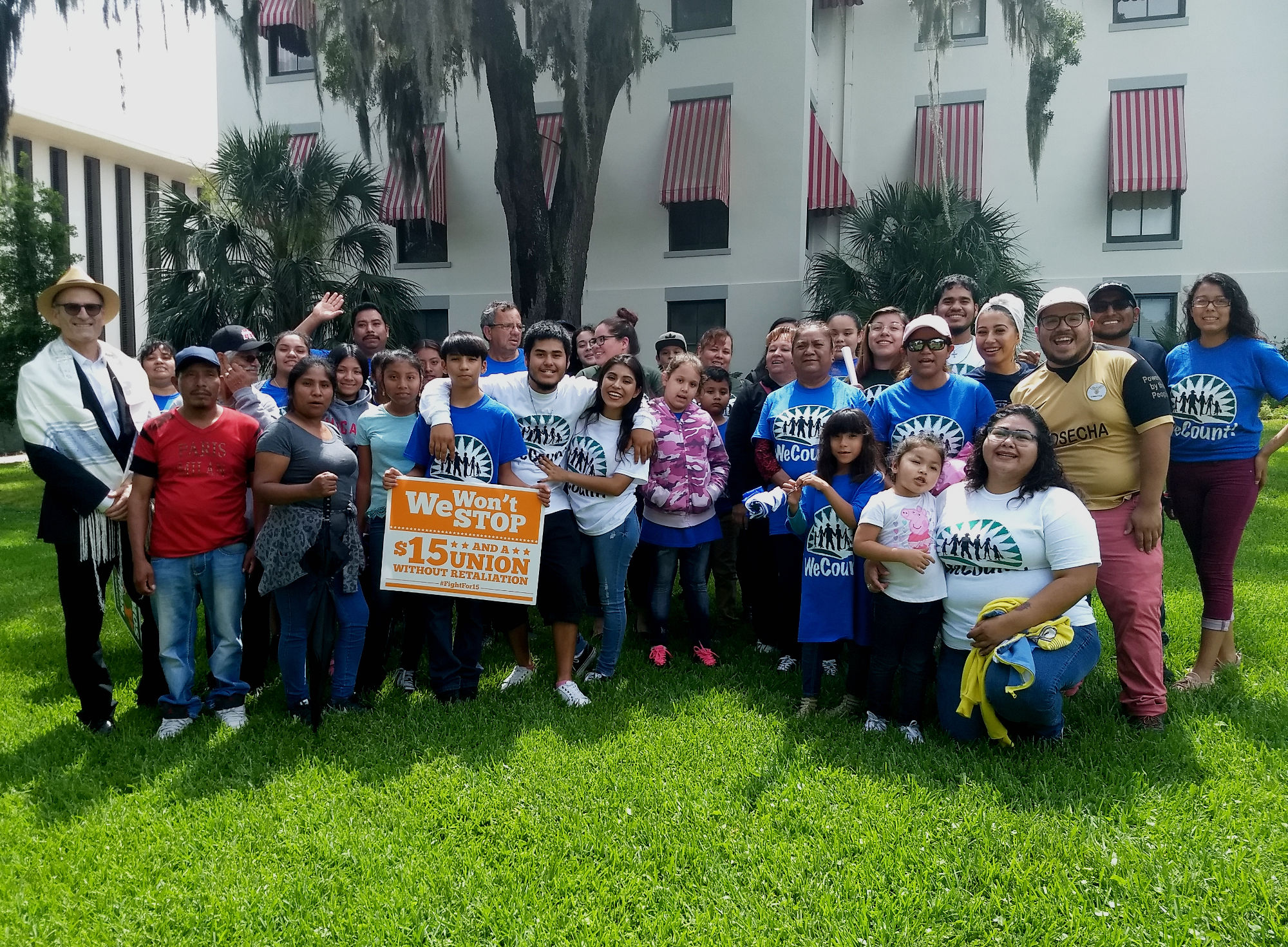 In June 2017, WeCount!, a local non-profit that empowers immigrant and other oppressed communities to create a just society in which all are respected with equal rights, and opportunities to live healthy and secure lives received a Major Grant for general operating support. This grant is being used to expand education and organizing on occupational safety, health and legal rights for the Latin American immigrant and farmworker community and support organizational capacity.  Allegany Franciscan Ministries is pleased to share some of the progress made to date specifically regarding immigration enforcement.

In February 2018, on the anniversary of the Miami-Dade County Commission’s decision to back Mayor Carlos Gimenez’s move to reinitiate county cooperation with ICE detainer requests in county jails, WeCount! co-released a report with the Community Justice Project and the Florida Immigrant Coalition (FLIC) on the fiscal and human impact of the decision.  Evidence was presented that the cost to the county was as much as $13.6 million per year and that there was no relation between the severity of the charges and whether or not ICE decided to arrest a person in the county jails.  The public was reminded  that no federal funds were actually lost by other jurisdictions that resisted Trump’s anti-immigration policies.

On July 20 of this year, WeCount!, together with FLIC and two individuals in detention, filed a class-action suit against Miami-Dade County for their ICE detainer policy based on constitutional grounds.  One of the individual plaintiffs is a WeCount! member – a mother who was arrested by the Homestead Police Department for driving with no driver license after getting into a fender-bender in a local grocery store’s  parking lot, where she had gone to buy food for a Mother’s Day family meal.  Held for extra time by the county on an ICE detainer, the mother remains in ICE detention today, leaving her 3 minor US-citizen children to be raised by another family.

WeCount! members have begun a campaign to get the Homestead Police Department to stop arresting people who are caught driving with no driver’s license, encouraging the department rather to treat these offenses with a citation and a notice to appear in court, thus avoiding the costly act of placing these drivers into the county jail system where they will likely be handed over to ICE, separated from their family, and possibly deported.   In August, WeCount! began a paper petition drive and are gathering data to support the campaign.  In addition, as the lawsuit against the county advances, WeCount! hopes to use the lawsuit as leverage to get the county to reverse its policy of holding people extra time on ICE detainers.